Oaken Palace Records has been granted the status of Charitable Incorporated Organisation (CIO) by the UK Charities Commission on 28th November 2013. Our charity number is 1154786, and further information can be found in the Register of Charities.

The objects of Oaken Palace Records are:
(1) The advancement of the art of Drone Metal music by the production and distribution on recordings in this genre;
(2) The conservation of endangered species of animals by the provision of grants.

If you want to get involved in any way, send an email to contribute[at]oakenpalace.com.

Below you can find the Trustees’ Annual Reports for the respective year, as submitted to the UK Charity Commission: 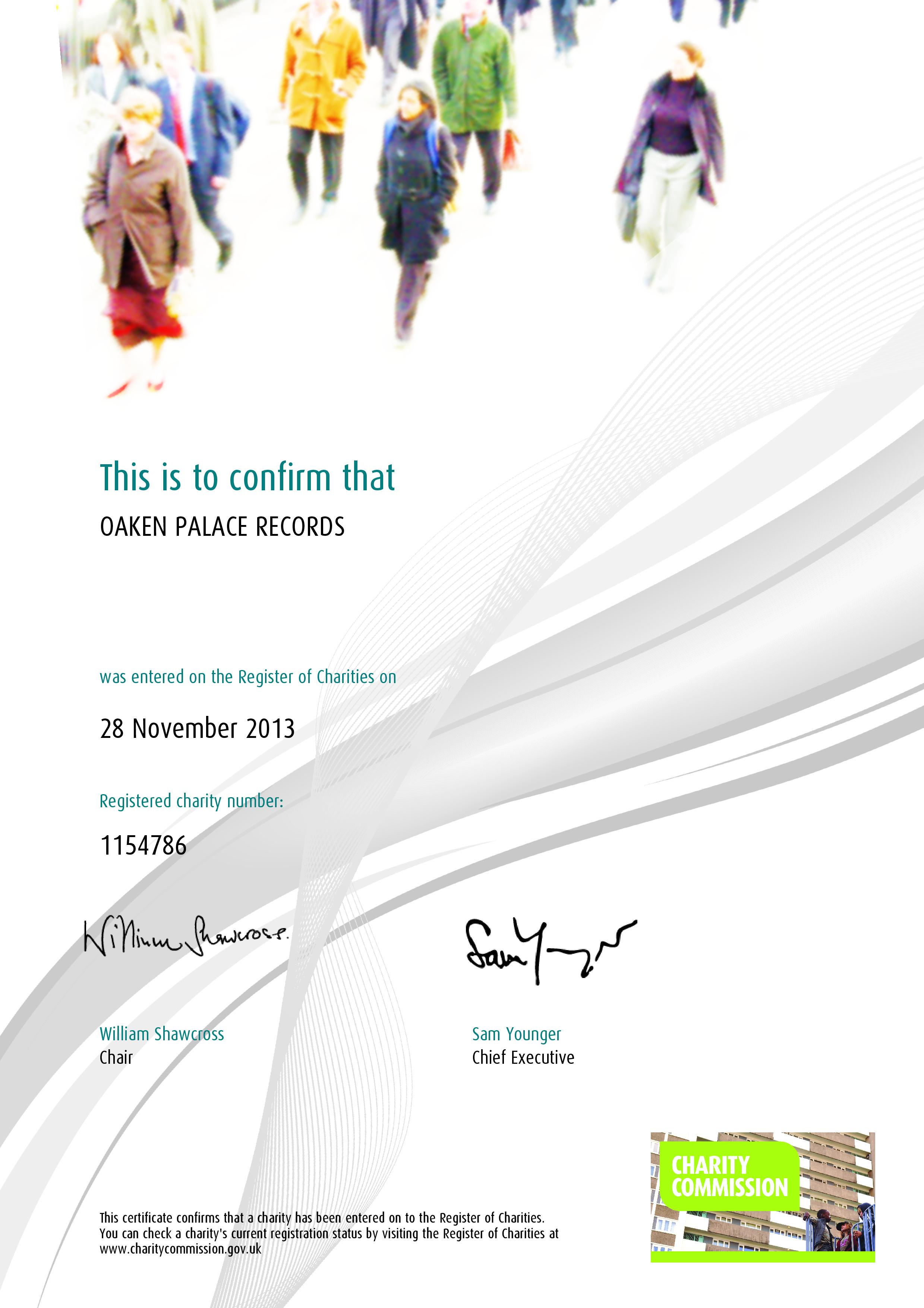